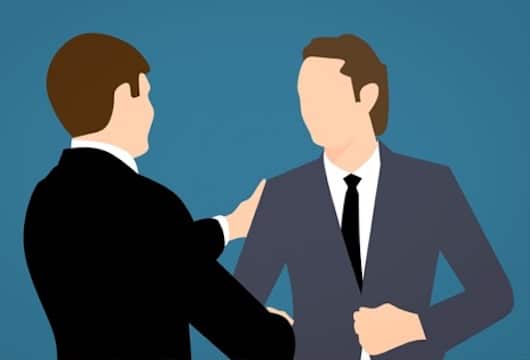 Maintaining a high level of employee engagement against the worldwide economic slump of recent years may be a key factor for business performance and positioning as market conditions improve.

Aon Hewitt defines engagement as “the psychological and behavioral outcomes that cause better employee performance.” The Aon Hewitt model examines both the individual’s engagement outcomes and therefore the potential engagement drivers that are a part of the organizational work experience—these are the areas over which management features a batch of control. A characterizes them as the work people do, the people they work with, career opportunities, total rewards, company practices, and general quality of life.

A defines individual engagement through three attributes that include the extent to which employees:

So 58 percent of Asia-Pacific employees self-report as being engaged, but are of these employees engaged equally? the solution is not any. Only 16 percent say they’re “highly engaged,” while the remaining 42 percent labeled themselves as “moderately engaged.”

At the opposite end of the spectrum, the research shows that four out of ten employees aren’t engaged. This group ranges from the “passively disengaged” employees who form 1 / 4 of the Asia-Pacific engagement distribution and therefore the “actively disengaged,” who “actively destroy value” and constitute 17 percent of the workforce, which aligns with other regions worldwide. “There are significant opportunity costs related to not addressing the passive or actively disengaged members of the labor pool,” Vartak said.

Vartak explained this difference of engagement between China and Hong Kong as being thanks to Hong Kong’s “extremely sensitive and vulnerable” economy. “Since the 2008 depression, other external factors, like the ECU sovereign debt, have put pressures on the economic conditions of Hong Kong. We believe that these macroeconomic factors have impacted microeconomic decisions, which have influenced Hong Kong employees’ engagement levels,” she said.

The more positive sentiment in China is often attributed to the robust economic process that the country has achieved over the last 20 years, consistent with the report. “This economic process, including a talent shortage, has meant that some organizations in China have begun to invest in their workforces to create competitive advantage, which has resulted within the increasingly positive sentiments of China’s employees,” Vartak said.

Malaysia and Indonesia experienced the most important changes in their employee engagement scores in 2012. Malaysia’s drop by a score from 60 percent to 53 percent perhaps is often attributed to the uncertain political and economic environment leading up to the 2013 elections, Vartak said.

Indonesia, on the opposite hand, has been enjoying the economic process, and its organizations are investing more in their people and talent management practices, consistent with the report.

Over that very same period, Japan has consistently scored around 20 percentage points below the Asia-Pacific average. “Clearly, culture influences these engagement scores as Japan’s tendency is to rate all surveys lower,” Vartak said.

South Korea scores have overall shown improvement in employee engagement levels over the last five years, from 49 percent in 2008 to 55 percent in 2012. This improvement is in line with the economic conditions in Korea, Vartak said. “During this era, Korean organizations have shown commitment towards measuring employee engagement and brought progressive steps to supply a far better employment experience.”

New Zealand’s high volatility in employee engagement scores may be a reflection of the sensitivity of latest Zealand’s economy to global economic developments, she said.

Despite making steady progress since 2010, Australia and New Zealand scores have largely remained below the Asia-Pacific score, which is believed to be higher thanks to the upper employee engagement scores from developing economies like China, India, Indonesia, and Thailand, consistent with the report.

Career opportunities. Forty-one percent of Asia-Pacific employees don’t believe that they need good advancement opportunities with their current employer. Aon recommends organizations use flexible, clearly defined career paths and options for short-term assignments and geographic transfers to differentiate themselves from other organizations. Additionally, there should be attention to improving people-management capability to enable leaders to conduct successful career conversations with their employees.

Compensation. Only a 3rd of Asia-Pacific employees (33 percent) think they’re paid fairly for his or her work. This driver has been rising in its ranking over the last two years in some Asia-Pacific countries, consistent with Aon.

Recognition. Recognition is certainly less expensive for an employer than direct pay and may even have a big impact on employee engagement, Aon said. Employees want recognition for his or her performance, but only 31 percent say they get this recognition.

Reputation. When asked “Does your organization have a positive reputation within the job market?”, only 31 percent of respondents answered positively. Yet, reputation is ranked because of the fourth most vital employee engagement driver in Asia-Pacific.

Brand alignment. it’s important that organizations are consistent with the promises they create to their employees. Only 50 percent of Asia-Pacific employees confirmed that their organizations delivered on the guarantees made to them. “This represents an excellent opportunity for organizations. those that specialize in articulating a singular and compelling employee value proposition for prospective and current employees, then subsequently deliver thereon proposition, are going to be rewarded with higher employee engagement,” Vartak said.